Why are clusters so important in social media audience?

Roialty is about to release a new version of OneTarget, a powerful tool that lets you dig into any social media audience and discover your customers interests and behaviors in great depth.
Roialty’s OneTarget user interface has been completely renovated and looks beautiful! 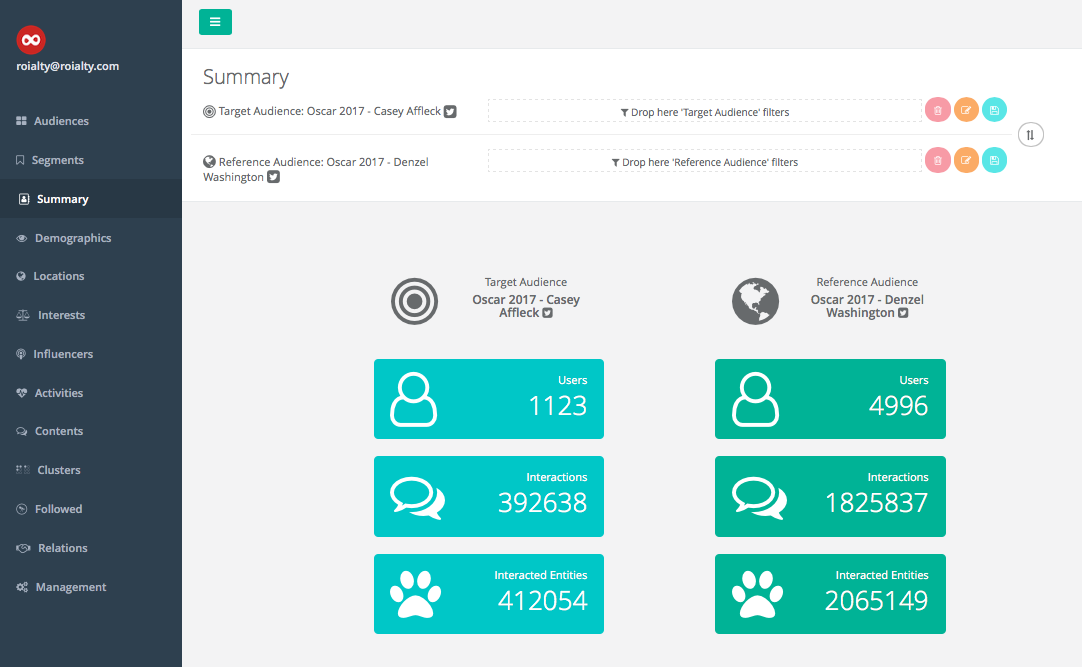 Roialty’s OneTarget upgrade consists more than just a new look! This blog post also provides an overview on one of its newly revised functionalities, Clusters.
Clustering is an unsupervised machine learning technique, its task is to automatically understand the structure of an unlabeled data point. Thus grouping them in such a way that objects in the same group (called a cluster) are more similar to each other than to those in other groups (clusters). 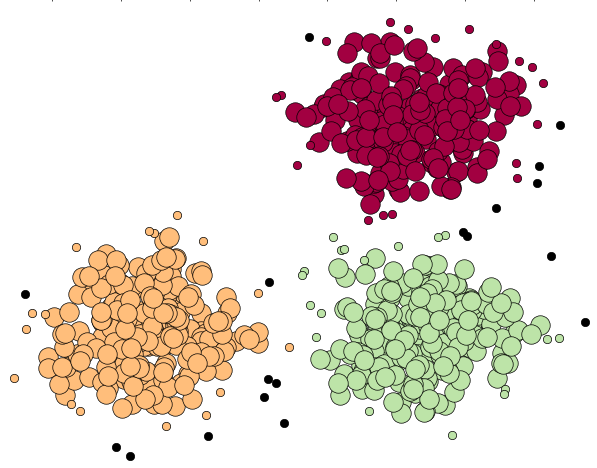 Obviously when we look into a social media audience’s domain, clusters refer to customers and users within the same groups by similarities in their digital behaviors and interests.
This information provides useful insight, marketers are able to discover distinct groups in their customer bases. They can then use this knowledge to develop targeted marketing programs.

To better understand the functionality of this new feature, we’ll navigate through a preexisting social media audience that Roialty recently blogged about, Why Casey Affleck won the award for Best Actor at the 2017 Oscars!?. We’ll be able to explore and identify which distinctive group can be found in Casey Affleck’s fan base.

Figure 3 demonstrates Roialty’s OneTarget cluster dashboard. Each cluster is broken down into identity cards, which are calculated by characteristics ranging from gender distribution to the top followed.

Roialty suggests the optimal number of clusters for your potential customer base, but this value may vary from audience to audience. We allow you to explore all the cluster possibilities by selecting a different number of clusters than was originally recommended, this can be thought of as a granularity degree used to split your audience.

Casey fan base suggested six clusters, but to ensure a better understanding of this topic,we will shorten the analysis and cover three clusters today.
First, we’re going to focus on the section of the cluster describing people and gender distribution, then we’ll transition to interests and influencers.

Figure 1 shows Cluster#1 covers 77% of the total audience and its interests and behavior will not likely vary too much from the average. Cluster#2 and Cluster#3 both cover approximately 10% of the population, and they’re likely to expose interesting characteristics.

Let’s explore the gender distribution among the different clusters, as seen from Figure 4 below.

Figure 4 demonstrates with ease that Cluster#3 is mostly composed of males, while Cluster#2 is more female based when compared to the average.Cluster#1 follows the average gender distribution. 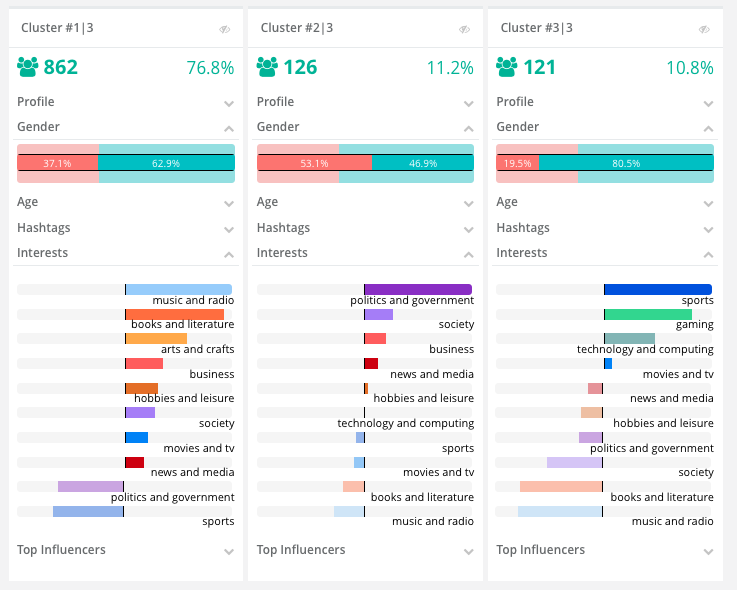 Figure 5 displays how different the interests for our clusters are. For instance, Cluster#1 is more geared toward music and books, while Cluster#2 cares more about politics and society. Cluster#3 loves sports, gaming and technology, and we already knew the users were  dominantly  male.

Roialty is able to dig deeper by taking a look into the influencers of each cluster, as seen from Figure 6 below. 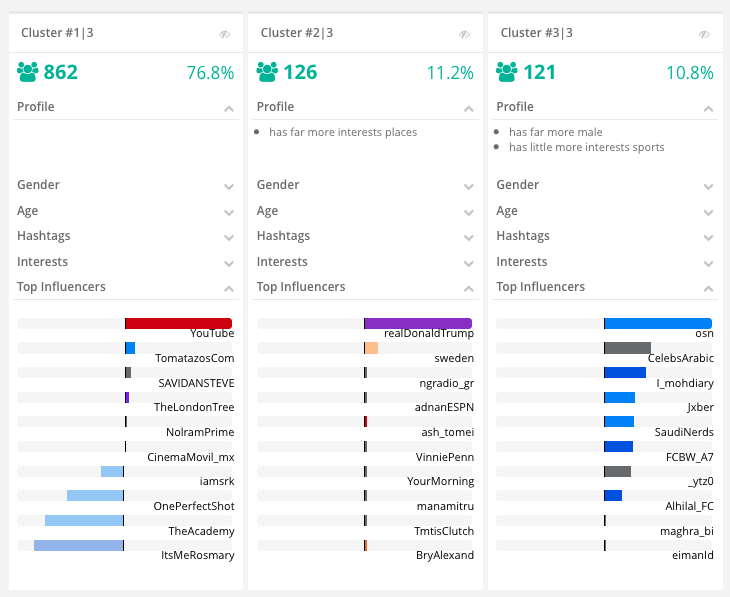 Figure 6 produced results that weren’t expected! Cluster#1 consists of an audience that loves music and generally interacts with YouTube, while Cluster#2  is mainly interested in politics and society that is highly engaged toward DonaldTrump.  Lastly, Cluster#3 is the most peculiar because we were able to discover from the top interacted page that: OSN,CelebsArabic and SaudiNerds, are all related to the middle east. If we investigate the location tab from Figure 7 below,our hypothesis is confirmed. 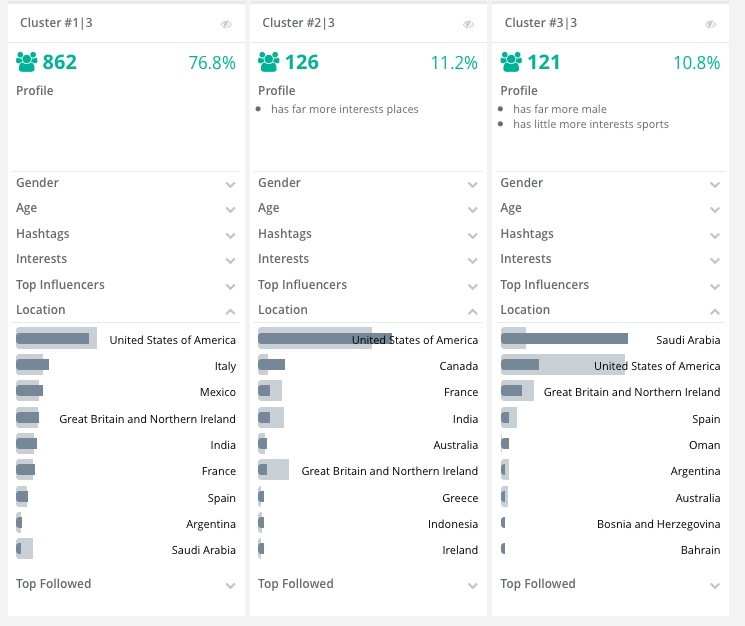 These findings provide a quick but deep overview on cluster’s, and how helpful they are in automatically highlighting patterns in social media audiences that would be impossible to extract solely through human effort. For instance, Cluster#2 and Cluster#3 share a common interest for Casey Affleck , but are still  quite different from the average fan base. It might be suggested to even plan a different marketing strategy that accounts for this deviation.

Clustering is a powerful approach that provides hidden insights into your customer base!

To find out more, you’re gladly invited to try a free demo of Roialty OneTarget!

Marco Edemanti Author
Graduated from Polytechnic of Milano in Computer Science with a thesis on hybrid recommender system. His interests are mainly focused on Machine Learning and Artificial Intelligence fields. He tries to undercover the hidden pattern in the social media and web data. In the free time he loves running and skiing. He joined Roialty in the early 2017 as a Data Scientist.
Newer Post ROIALTY GDPR insights. Part 1 – From compliance to enhanced value for brands Older Post How social data drive journalism?