According to Twitter, who will be the winner of the Festival of Sanremo?

The 67° Festival di Sanremo started last Tuesday! This is an international event dedicated to Italian music. For many years this event has generated billions of interactions on social media.

ROIALTY’s OneVoice has the capability of differentiating the main digital audience metrics on twitter for the festival, and is also able to calculate the expected winner by analyzing its twitter audience.

As you can see in Figure 1 below, the interactions for the first three days of the event comprise of a combination of tweets, retweets and replies that generated a total of 3.95 billion overall impressions.

Another interesting observation of Figure 1 were  the number of contributors or (unique users), which are classified as an individual who makes at least one tweet with the hashtag #sanremo2017,  and total was found to be 110,405. 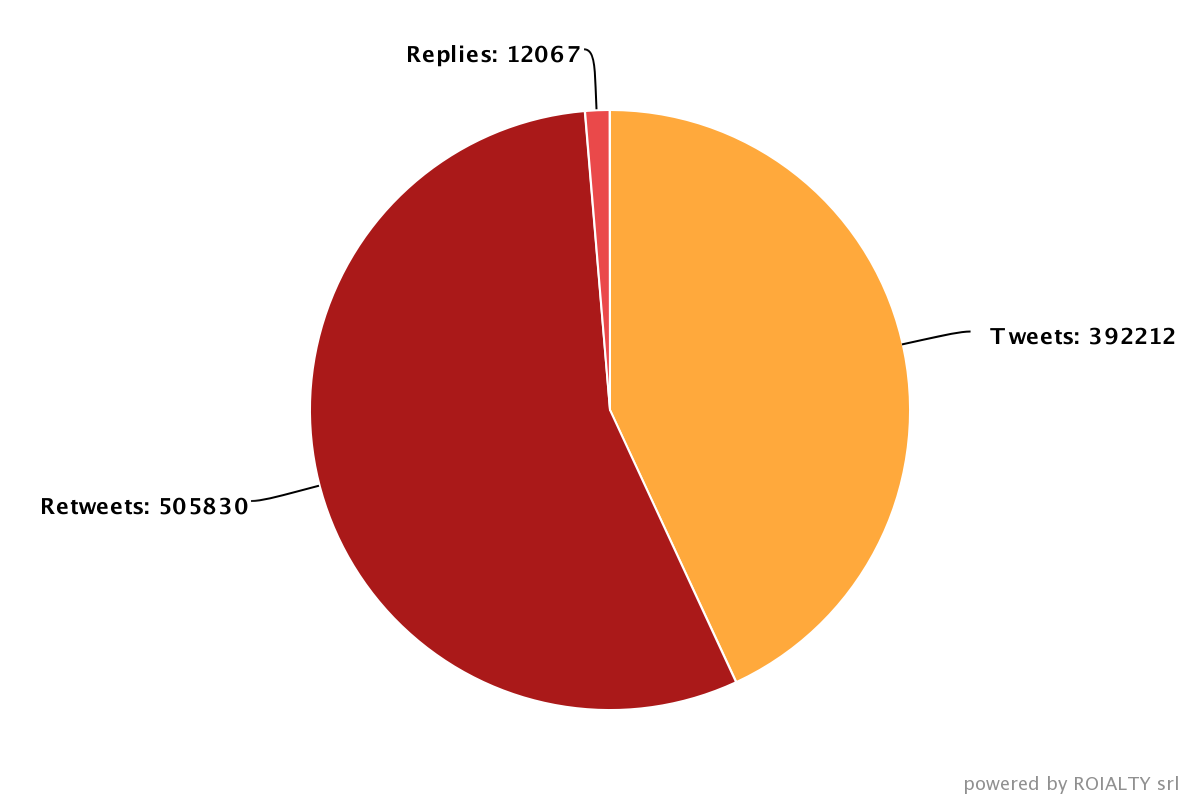 Roialty’s platform of social intelligence is also capable of  tracking impressions made with the incorporation of the hashtag #sanremo2017. In the Figure 3 below, ROIALTY’s OneVoice can depict the impression variance for the first three days of the event. The total tweets for the first day were 201,078,  while the second day the tweets dropped to 160,733. The number of retweets remained constant for the first two days, as seen from Figure 4. 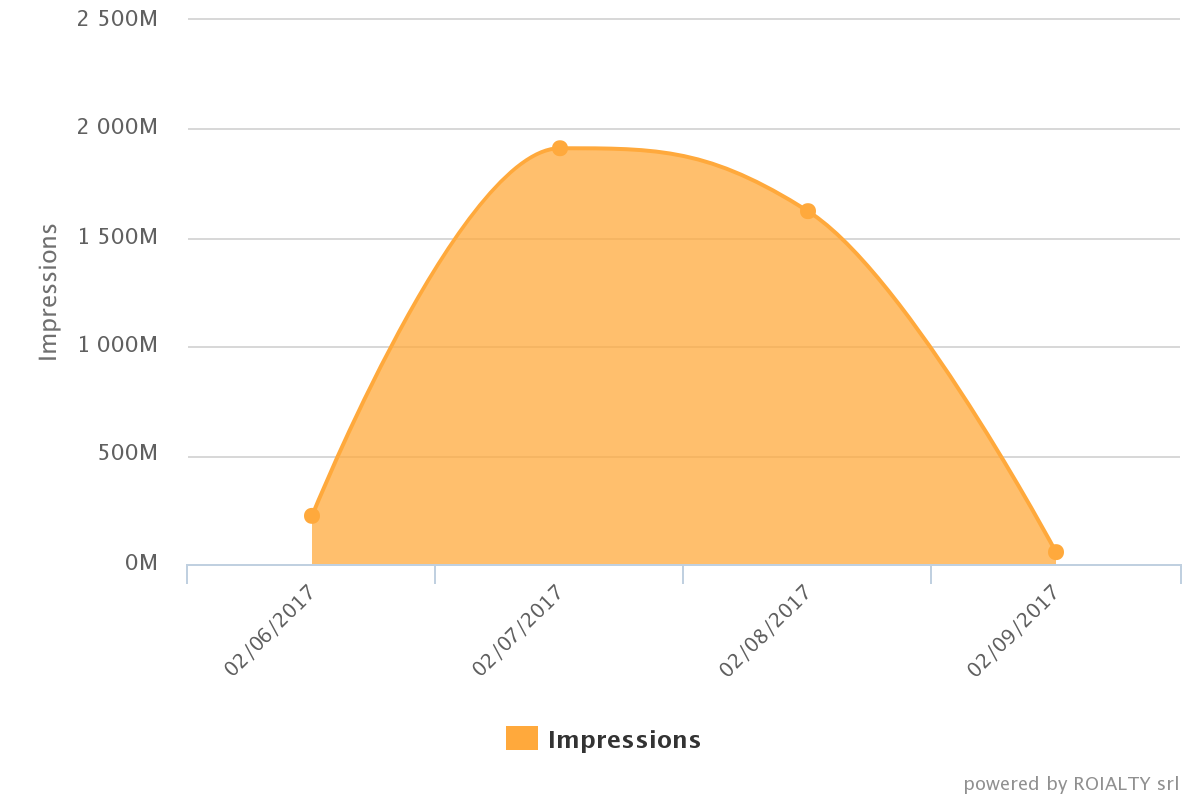 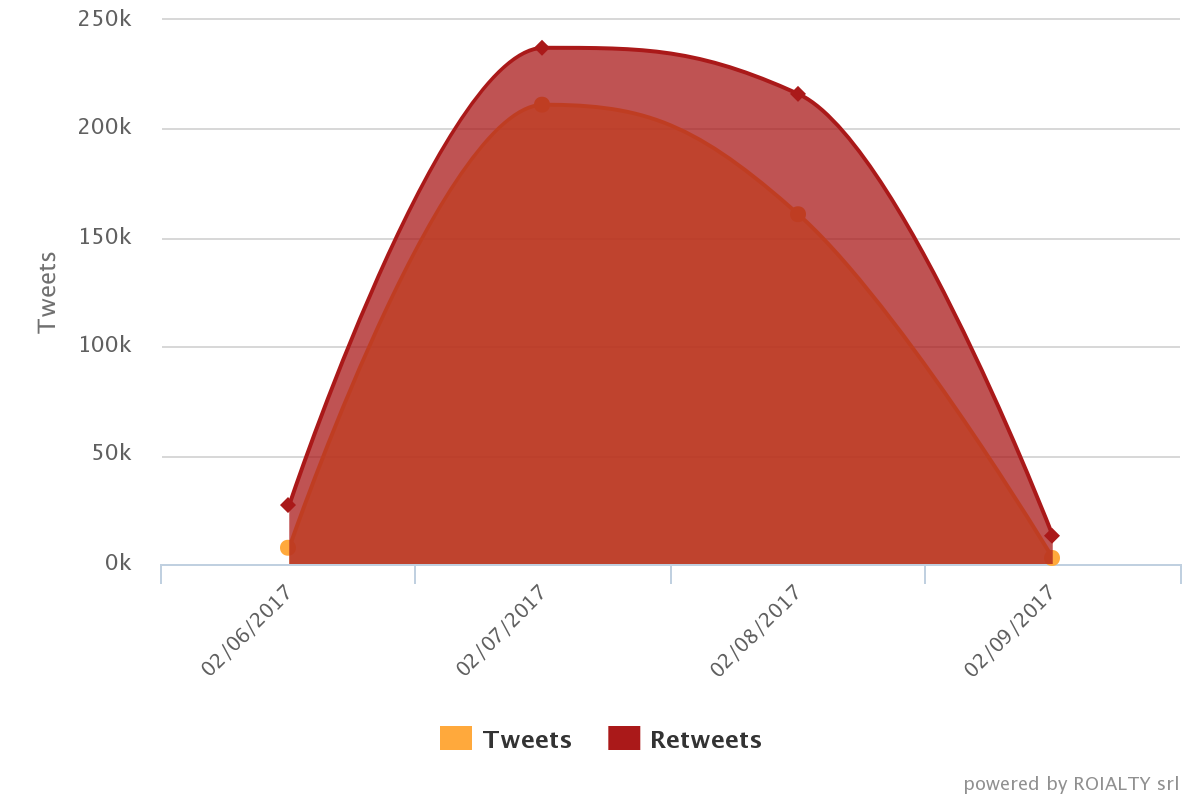 According to Twitter, who will be the winner of the Festival of Sanremo?

First of all, it’s very important to underline the team structure for the event!  Team structure is important to know because then we’re able to distinguish who is boosting the number of interactions for a specific profile. In Figure 5 below, we can see Lodovica Comello has a three people team that are in the top 10 TweetStar ratings.

According to Figure 6, the top mentioned profile on Twitter and the winner of the Festival di Sanremo will be Michele Bravi with 10,019 mentions. Completing the podium would be Lodovica Comello in second place with 4,727 mentions, and Fiorella Mannoia in third with 2,338 mentions.

In the Figure 7 below, ROIALTY’s OneVoice lists the impressions of every top hashtag associated with the main event hashtag #sanremo2017.

There are another two days before the curtains close on the Festival and the true results are revealed. Throughout this article we were able to compare the twitter interactions of the italian singers with the participants in the event, and this has led to very interesting findings. Time will tell if Twitter is clever enough to predict the winner of this Music Festival!