Roialty has just released an updated version of the Top Influencers dashboard that now includes also the drill-down feature.

Roialty OneVoice collects mentions about your Brand, competitors and context/industry. Data and metrics are shown both through reader tool and charts. In addition, OneVoice offers a useful feature that allows you to drill-down each peak that is visible within a chart. In this way you immediately view some examples of the contents behind the peak.

That means that you don’t have to waste time to switch from charts to reader: you can now immediately check the origin of a buzz peak and understand the reason behind the growth of conversations around a specific topic.

Why the  Top Influencers Dashboard is so important?

The Influencers dashboard allows you to discover which sources that mention your brand or talk about a specific topic can be considered as top influencers. It includes Mainstream sources, Weblogs and Forums, Facebook fanpages and Twitter accounts. You get all the info you might need (such as the volume of posts from each source, the influence rank and the average sentiment), thus being able to understand if: 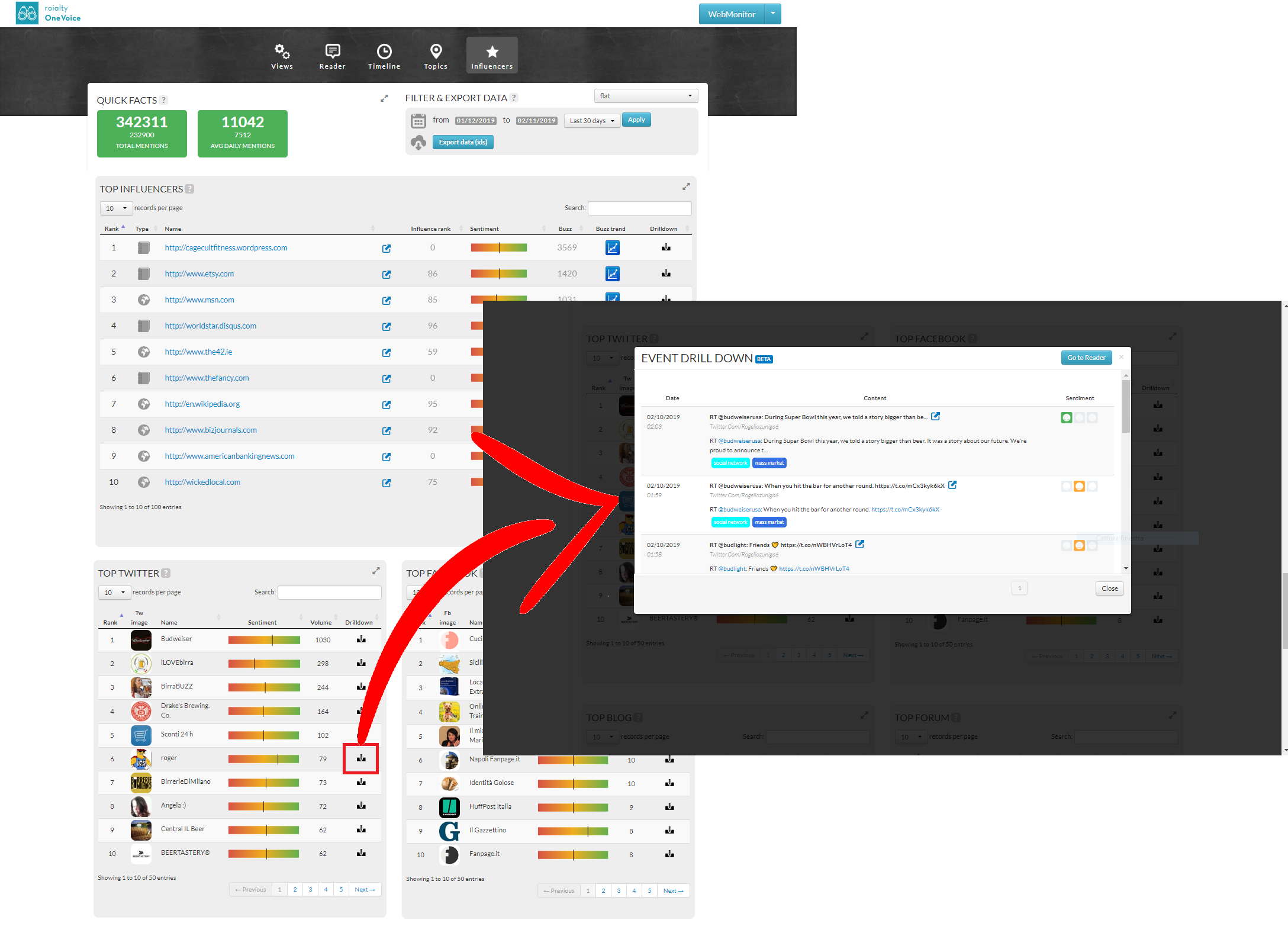 Lilith Dellasanta Author
She graduated in Communication Science and Tecnology with a dissertation in Multimedia Publishing and she has been working in the reputation analysis field since 2004. For 5 years she has been in the team and in charge of the print media qualitative-quantitave analysis for Selpress and then she moved to the web world for Intext, where she started to deal with semantic profiling for the web reputation authomatic analysis. Since 2011 she has been working for ROIALTY as Digital Analyst. She creates analysis profiles and relative reports.
Newer Post February 2019 OneVoice Observatory – Automotive: driving to Geneva International Motor Show Older Post Crisis management: Roialty releases new features on OneVoice real-time alerting system