Geneva International Motor Show kicks off on March 7th and is recognized as one of the major event for the automotive industry. 180 exhibitors will present their world premieres, European and concept cars.

Thanks to OneVoice Facebook analytics module, we analyzed a selection of Italian Facebook pages of brands involved in the exhibition. We identified last month best performances and top contents. The Observatory includes also the first week of March, when the brands published posts about car models that will be presented at the event.

Mitsubishi Motors Italia has been the top performer in terms of growth rate and engagement, as shown in this positioning quadrant that integrates growth rate and IPM (interactions per thousand fans) metrics. Fans increased by 3% from 61.608 to 64.106, with ~70 new fans per day. A series of effective posts helped to increase engagement rate (compared to January). The top post (about a partnership with Sanremo Festival) reached 1000 interactions. 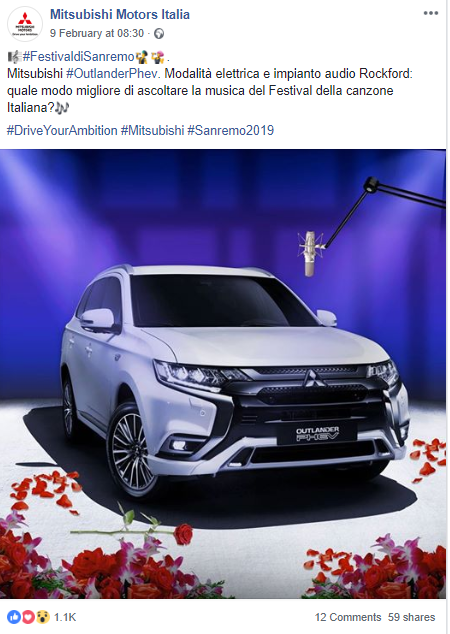 Good results in terms of engagement have been shown by the following automotive brands:

While the community size of these brands didn’t grow significantly, we noticed recurring peaks of interactions.

Lexus Italia achieved the top performance on February 6th and 27th, when the page published posts about the NX Hybrid and RC F Model Year 2020.

Jeep shows two peaks on February 4th and 20th, with posts about the New Jeep Renegade and the Champions League match between Atletico Madrid and Juventus.

Looking at top posts ordered by interactions, we find as top performers some of the brands with the biggest communities within our selection: Ferrari, Audi and Peugeot.

Finally, we analysed the posts mentioning the Geneva International Motor Show. Several automotive brands mentioned the exhibition during the first week of March and the best performances have been shown by Audi, Ferrari, Lexus, Peugeot, Toyota and Lamborghini – all posts collected more than 1000 interactions. 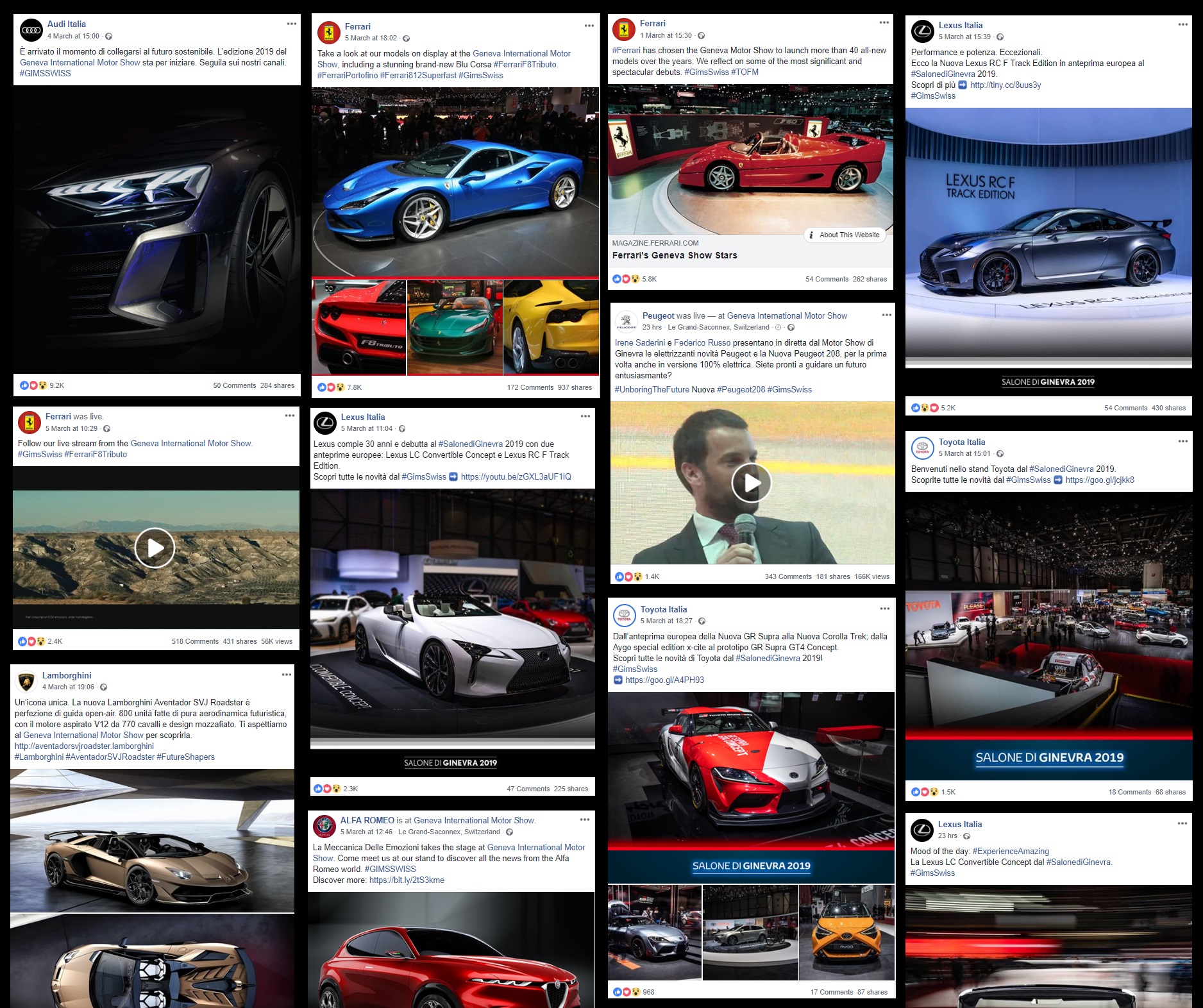 Lilith Dellasanta Author
She graduated in Communication Science and Tecnology with a dissertation in Multimedia Publishing and she has been working in the reputation analysis field since 2004. For 5 years she has been in the team and in charge of the print media qualitative-quantitave analysis for Selpress and then she moved to the web world for Intext, where she started to deal with semantic profiling for the web reputation authomatic analysis. Since 2011 she has been working for ROIALTY as Digital Analyst. She creates analysis profiles and relative reports.
Newer Post Identify business opportunities through Roialty real time alerting Older Post OneVoice new feature release: drill-down on Influencers dashboard