With the final extraction, the month of May marked the successful completion of Coop Alleanza’s #1milionedi campaign, with 500,000 users registered to the initiative. All the registered users played the code campaign, with more than 10 millions played codes, and half of the users played at least one of the additional missions pertaining to Roialty’s  OneExperience technology: complete profile, Facebook Login, preference missions about favourite products and multiple answer questions about Coop Alleanza’s activities. The campaign has been realized by Promotica and powered by Roialty’s OneCustomer & OneExperience.

The campaign enabled Coop Alleanza customers the chance to play instant win codes obtained from the retailer by doing shopping: promotion codes were written on non-winner “scratch and win” tickets assigned from the retailer for each 20 euros of purchase or for buying some special products.

Users could raise their winning chances by completing digital missions such as surveys and Facebook connect.

The Instant Win Contest has been a success:

The system had excellent performance:

Here’s a detailed explanation of the flow of the online part of contest:

He/she would play his/her first promotion code after shopping at the retailer, as in Fig. 1 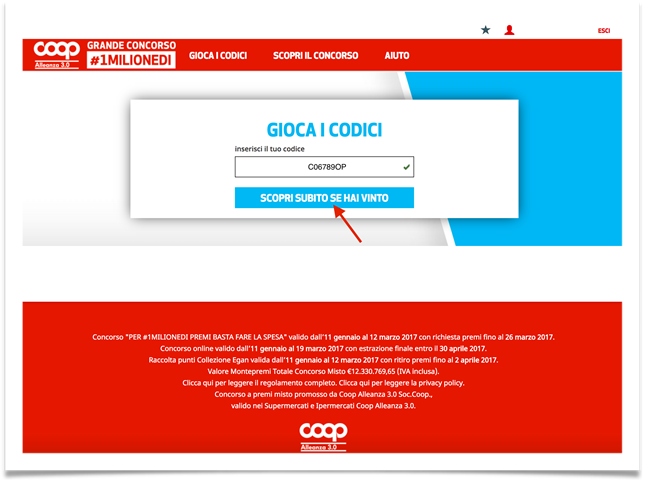 the promotion code could be winning, as in Fig. 2, or not, but in both cases the game unlocked the mission “Verifica il tuo profilo” (“complete your profile”). 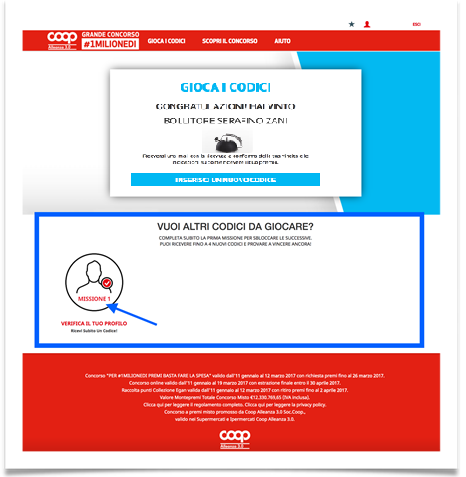 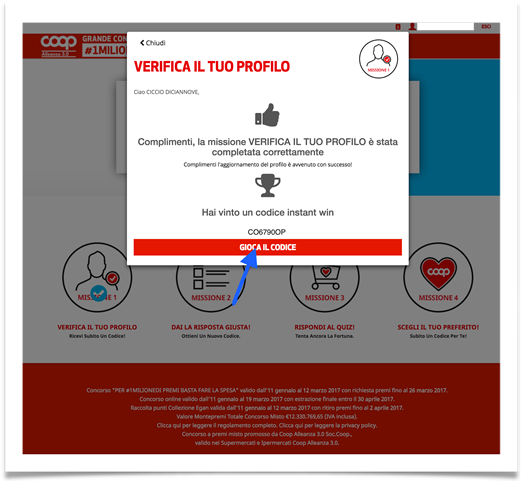 Fig. 3 – User played the profile mission. He earns a promo code to play, and at the same time new missions become visible. 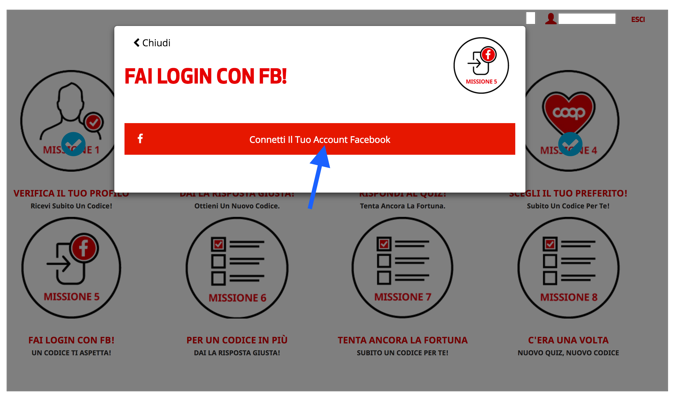 OneExperience features consent to segment users and to personalize customer journey in order to provide a more engaging user experience. Furthermore, if the user gives the privacy consent, Facebook connection allows the owner of the application to read is interests on social networks and build customer segmentation strategy, as we described about Fintech Market in this post.

Lilith Dellasanta Author
She graduated in Communication Science and Tecnology with a dissertation in Multimedia Publishing and she has been working in the reputation analysis field since 2004. For 5 years she has been in the team and in charge of the print media qualitative-quantitave analysis for Selpress and then she moved to the web world for Intext, where she started to deal with semantic profiling for the web reputation authomatic analysis. Since 2011 she has been working for ROIALTY as Digital Analyst. She creates analysis profiles and relative reports.
Newer Post Big Data and the European Data Protection Regulation Insights 2016/679 Older Post ROIALTY GDPR insights. Part 1 – From compliance to enhanced value for brands